Welcome to Ciao Tours - Your Window on Italy 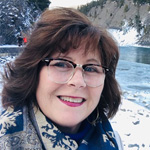 Over the past 22 years Ciao Tours has built a reputation as a boutique Tour Operator specializing solely in Italy. “Do what you know how to do, and do it well!” This team of Canadian and Italian women has been together for many years because Italy, and Canada, is where we live and raise our families. We have succeeded in Italy by building relationships based on trust and dedication, which in turn makes our clients experience in Italy the very best! We pride ourselves on knowing the family ran wineries and Agritourisms intimately and are eager to show our clients the warm and friendly hospitality they have to offer. I personally invite you to Italy to become part of our family.

The highest compliment you can give Ciao Tours is to recommend us to your friends, family & business associates. "I nostri clienti sono sempre parte della nostra grande famiglia…grazie!”

Dear Romina, Claudia, and Everyone at Ciao Tours

From start to finish, it was a delightful experience. WOW!  Our trip to Italy was magnificent!!  How can we thank you enough?

You accounted for every detail necessary to deliver a flawless experience. You proposed diverse options and patiently handled all of our questions and changes  🙂

You created essential space between commitments for rest and spontaneous activities. We ate like royalty — distinctive, scrumptious meals, both fancy and casual.  Every single person – The Ciao Staff,  the tour guides, drivers, partners – they were classy, fun, fascinating, reliable, helpful — delightful in every way.   You managed our Assisi detour; you found a fabulous Vivaldi concert in Florence in response to our last minute request.  Our most difficult next decision will be to explore another country or to come right back to another region of Italy!

If I sound effusive, it’s due to our genuine enthusiasm and appreciation. You even managed to order perfect weather, LOL.  Every superlative applies.  No wonder you have been in business for 20+ years.  We look forward to recommending Ciao Tours at every opportunity.  “Siamo grati per la tua competenza e amicizia. Grazie per averci presentato in Italia! Torneremo!” — Thank you Google Translate

Good Afternoon,
I’m sitting here on a snowy afternoon wishing I was still in Italy. I have your book so I’ll just go through the places we were and make some random comments:

Sorrento – Amazing hotel. The balcony was stunning. The water was too high on the day we were at Capri to visit the Blue Grotto but we did take the boat trip around the island and then walked all over Capri. The drive on the coast was great and Enzo, our driver was most informative and entertaining. Did not like Positano – way too many tourists but could die happily in Ravello. Had a magnificent lunch at Da Salvatore. Also had great meals at Da Emilia and L’Antica Trattorias in Sorrento. Different environments but the food was great. Our tours of Naples and Pompeii were led by Michael who was so knowledgeable. The history part of me was very happy.

Palermo– Hotel was central and quite modern in style. Our guide was good, just not as good as Michael. Loved touring the markets. The day of our tour was also the Day for Climate Action which meant there were thousands of teenagers in the streets. The guide managed to shepherd us around them which deserved special commendation. The dinner reservations you arranged at Trattoria Biondo were fabulous. Also had another very good recommendation from the hotel.

Agrigento – Another superb hotel. Dragging our suitcases up that final circular staircase was certainly worth it when we stepped onto the terrace. There was a little mix-up with the guide as the assigned one didn’t show, but the lady who eventually came was very good although I did feel a little rushed at the end. La Corte del Sol – Loved this place. We did stop in Ragusa for lunch on our way but should have done some more research on it. Wondered around some but were not sure what we should have been looking for, Also drove into Modica but picked the lower town instead of the higher one and could not find parking anywhere so just kept on driving to the hotel. Loved the cooking class, but we were so full from the class we could barely eat supper. Lyle chops better than I do but I was better at making pasta. Totally enjoyed Syracuse. We wondered around on our own after the tour, then stopped at Noto on the way back. Quite liked it. Great place for a glass of wine on the main street. On another day we asked them to arrange some visits to wineries for tastings and they arranged two. One at Planeta came with a tasting and apertifs and/or lunch. We did not stay for the lunch but would, if I was doing it over. I think we were still full from the cooking class. The other winery was LaFavola. The woman who hosted was very interesting as was her story of the winery. If you could come up with a third winery to visit, that would make for a great day and all the wine lovers would be happy.

Taormina – The hotel was very good. I know there was a problem the first night because our room did not have a balcony, but they picked up our tab for dinner, including the wine. And…just down the hall there was a “public” balcony for that wing which we had all to ourselves that night. It’s a real touristy town but we enjoyed it. The day spent on Mount Etna was very special. The guide was incredible – as good as Michael but not being a science person I probably didn’t appreciate the depth of his knowledge. It was very windy that day so keeping out balance was important. That day was testament to the success of Lyle’s two knee replacement surgeries.

Tropea – No problem getting on the ferry. The hotel was certainly central and quite comfortable. The 3 stars must be for the size of the room which was small but otherwise the décor was innovative. There was a problem with the parking arrangements but fortunately Alessandro rescued us. Unfortunately, this was the only day that we had rain so although we did manage to walk a some of the beach in the morning and climbed to the sanctuary, the afternoon was spent on lunch with a good bottle of wine.

Matera – Loved it – would move tomorrow! The suite in the cave will stay in my memory forever. Great guide for the walking tour and the lunch at the end was a nice change even if my stomach was not particularly receptive. Had great dinners here – one recommended by the guide and your suggestion of Antica Trattoria Lucana. Also ate at the hotel which was excellent. Loved the omelets for breakfast.

Alberobello – This was an interesting place but as I mentioned on the phone, three nights here was too much. We arrived in the afternoon and did our tour with our least favourite guide of the entire trip. But after you have seen the trulli there is not a great deal to do. It is a convenient spot to go and visit other places but I think one night would have worked for us, leaving to visit the caves the next day and then heading to Lecce for two nights. A day trip from Lecce to Ostuni would probably work or stopping there on the way to Bari. Our guide in Lecce was excellent. I think we would have enjoyed the plazas, restaurants and shops in Lecce more than Alerabello. On the positive side, we did find a another restaurant for you in Alberbello – Favola in Tavola. It was recommended by the hotel and was excellent. Also holds about 18 people. Also ate very well at La Cantina.

Bari – I think by the time we got there we were tired and so just hunkering down at a hotel close to the airport worked for us especially since we had such an early flight to Malta.

That’s it. Hope this helps. If we ever decide to do northern Italy, will be in touch!
Thanks so much for everything. We will continue to recommend you to friends and family.

Thank you for your hard work in making our anniversary trip to Italy a memorable one.

Your attention to detail in organizing the schedule certainly helped make our trip run smoothly.  Guides and drivers always showed up on time and hotel and train reservations and car rental were perfect.

We particularly enjoyed having Luca as our guide in Florence and Lisa in Siena.  Both are enthusiastic about their respective cities and extremely knowledgeable.  We also appreciated the time Thomas spent educating us about the art in the Sistine Chapel prior to our visit.  It helped us appreciate and understand what we were seeing in the Chapel.  By the way, all the guides spoke very highly of Ciao Tours and how the company is unique in how it looks after its clients.

The high points of the trip for us were the special events you organized for us.  The cooking class in Siena with Lisa and Paolo in their lovely home and garden. They were so friendly and hospitable;  the wine tasting and lunch with Didi and Aimone, which made us feel very welcome in Siena; truffle hunting with Mario and Sandra, and the visit to Villa Cerna for lunch and wine tasting on the lovely patio beside the vineyard; all were memorable.  The Hotel delfi Orafi was wonderful, the service was superb and the location perfect! Our room at Hotel Athena was large and comfortable and we thank Ciao Tours for the upgrade which was greatly appreciated, as we were there for several nights.

If we were to do the trip again, we would definitely stay longer in Florence.  When we added Rome to the itinerary, we removed time from Florence which we probably should have removed from Cortona.  I think we would also drive from Florence to Lucca directly and spend some time in that area before heading to Siena. As it was, we didn’t make it to Lucca as the drive there and back from Siena in one day was not feasible.  We would also spend more time in the Chianti area. Driving was always an adventure, despite your driving directions and a GPS!  Google maps took us on some interesting detours 🙂

With Didi and Aimone at wine-tasting and lunch in Siena:

Again thank you so much for organizing our travel.  We would not hesitate to recommend Ciao Tours to friends and hope to have the opportunity to travel with you again.

Molto bene! We had a fabulous time, accommodations were great, food was fantastic, weather “warm” and with a few exceptions everything we hoped for!

There is some feed back I would like to share and unsure if this is the forum you want or a call. Just let me know.

Anyway, we very much enjoyed our trip and would most definitely recommend you to friends and family! 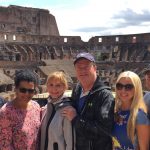 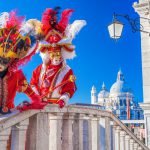 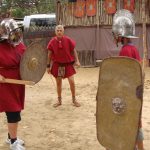 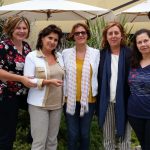 Ciao Tours uses Google services to enhance our website.  These services may store information through your browser, usually in the form of cookies. Here you can change your Privacy preferences. Blocking some services may impact the appearance and functionality of our website.  You may change these settings at any time.